Canto 3 of Dante’s Inferno provides a description of the Underworld. The main points of that canto consist of the description above the Gate of Hell, the Ante-Inferno, which contains a large number of condemned shades, as well as the passage across the River Acheron.

Dante’s Inferno created a world of pain and suffering beyond all previous human imagination, and his writing quite literally defined our modern visions of hell. Langdon paused. And believe me, the Catholic Church has much to thank Dante for. His Inferno terrified the faithful for centuries, and no doubt tripled church attendance among the fearful.

On the door of Hell is an inscription that says: 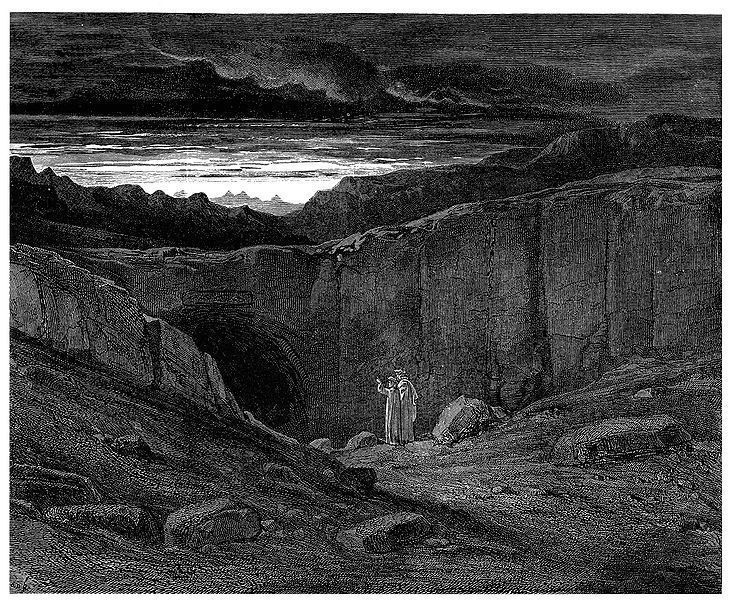 In fact, those who enter in Hell cannot hope for an end to their punishment since they are already dead…

In this canto, Dante explains for the first time the law of retaliation, which regulates this hellish existence. Dante and Virgil then meet Charon, the ferryman of souls, leading the damned across the River Acheron.

Hell is called “city of woes”, punishment is “eternal,” and the damned are “lost”. Dante suffers a great deal to see the condemned souls entering Hell but is comforted by Virgil.

Upon entering Hell, Dante is met by sighing, weeping and mourning spoken in many different languages​​.

The first souls that he encounters are those of cowards who are rejected by Heaven and Hell.

Among them are the neutral angels, who did not take part in the struggle between God and Lucifer. They are continually stung by wasps and horseflies encirclying them, and their tears and blood are gathered at their feet by disgusting worms.

When Dante and Virgil arrive at the bank of the Acheron, they witness a ferryman uttering dire threats to the shades. Described as a demon, Charon orders Dante to return because the living cannot cross the river. Virgil replies to Charon that Dante’s journey is willed by God. 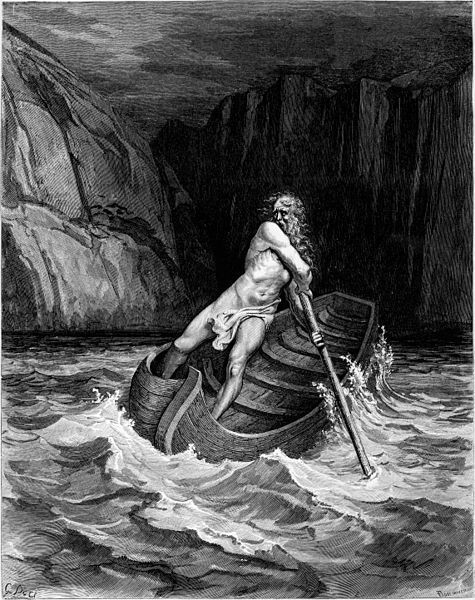 Meanwhile, many souls immersed in the putrid river are attempting to cling to the boat, but are hit by Charon with an oar, which causes them to fall back into the water.

Dante describes Charon with a few terrible details: he has a long white beard, is unkempt, and has eyes like embers.

Many artists have represented Charon in different ways, but always equally scary: Gustave Dorè such as Michelangelo and in his Last Judgment in the Sistine Chapel.

As Virgil tries to reassure Dante, there is a sudden flash of lightning and an earthquake. After that, Dante faints.

Live webinar to learn about the art, history and architecture of Florence.

» Discover more interactive virtual tours, webinars, and activities all around the world
Search