The Isle of the Dead and the English Cemetery of Florence

The Isle of the Dead (Die Toteninsel) is one of the eighteenth century symbolism’s most discussed painting; it is a work with lugubrious and dark tones that inspired intellectuals, artists, and musicians alike.

Its author is Arnold Böcklin, the Swiss painter who was an exponent of the art of symbolism. For years art historians tried to locate the place that inspired the landscape of the picture, and all tracks eventually lead to the English Cemetery in Florence’s Piazzale Donatello.

We are quite certain that Robert Langdon would have been very interested in this painting.

Arnold Böcklin was born in Basel, Switzerland, on October 16, 1827. The son of a merchant, his artistic development took place in Germany and in Italy, where he came across Romanticism,the movement characterized by its emphasis on emotions and individualism, as well as the glorification of all the past and nature, preferring the medieval over the classical period.

Always very attracted to Italy, he would return several times during his travels. In Rome, he married Angela Rosa Lorenza Pascucci in 1853. The many sights of Rome acted as a fresh stimulus to his mind. These new influences brought allegorical and mythological figures into his compositions. In 1856 he returned to Munich.
Some years later, Böcklin returned to Italy, moving to Florence in 1874.

In Florence his daughter Beatrice was born but she unfortunately died at a young age.

It is in Florence in 1879 that he painted the first version of his most famous work, the Isle of the Dead, inspired by the layout of Donatello square, in which the English cemetery is located.

He died in Fiesole and was buried in Florence’s Cimitero degli Allori, a cemetery reserved for non-Catholics.

The Isle of the Dead

It’s his most famous painting. Between 1880 and 1886 the painter realized 5 versions that are similar but not identical.

The painting focuses on a rowboat conducted by an oarsman with a white-robed figure standing on the bow, behind whose feet can be seen a small white coffin. The boat heads toward a rocky island that contains in the center tall cypress trees, which usually adorn cemeteries. The sky is dark, the sea is calm, and the atmosphere evokes feelings of mystery and fear.

Böcklin never provided an explanation or a title for his work although he did describe it as “a dream picture: it must produce such a stillness that one would be awed by a knock on the door.” The artist always referred to the scene as The Tomb Isle.

He got the definitive title from the art dealer Fritz Gurlitt in 1883. The title seems to derive from a phrase in an 1880 letter that he sent to the painting’s original commissioner.

The debate among art critics on the source of the model for the rocky island is still ongoing: according to some, it was Pontikonisi, near Corfu, a small island adorned with a chapel in the middle of a grove of cypress trees; according to others, it was Capri or Ischia.

However, we do know that the painter produced the first three versions of the painting in Florence, perhaps being inspired by the English Cemetery located just a few steps from his studio, the place where his daughter was buried a few months later.

The Swiss painter was always very fascinated by mythology and the classics, and the various interpretations of the painting nearly all agree that the rower is a representation of Charon, passing over the waters of the river Styx, and that the passenger in white is simply a dead soul.

Influenced by Romanticism, Böcklin’s painting consists of symbolism with mythological subjects often overlapping with the Pre-Raphaelites. His pictures portray mythological, fantastical figures along classical architecture constructions (often revealing an obsession with death), thereby creating a strange fantasy world. The motifs (island, water, and castle, or villa by the sea) are already familiar from many of his earlier works.

Of the five versions, one was destroyed in Rotterdam during the Second World War. The other four are kept in: (1880) The Metropolitan Museum of Art, New York; (1880) Kunstmuseum, Basel; (1883) Alte Nationalgalerie, Berlin; and (1886) Bildenden Museum der Künste, Leipzig.

The first three versions were painted in Florence.
Böcklin completed the first version of the painting in May 1880 for his patron Alexander Günther, but kept it himself. In April 1880, while the painting was not yet complete, a young widow named Marie Berna visited Böcklin’s studio in Florence. She was struck by the first version of this “dream image” (now in the Kunstmuseum Basel), which sat half completed on the easel. Böcklin therefore painted a smaller version on wood for her (now located in the Metropolitan Museum).
At Berna’s request, he added the coffin and female figure, in allusion to her husband’s death of diphtheria years earlier.
Subsequently, he added these elements to the earlier painting.

The third version was painted in 1883 for Böcklin’s art dealer Fritz Gurlitt. Beginning with this version, one of the burial chambers in the rocks on the right bears Böcklin’s own initials: “A.B.”
In 1933, this version was put up for sale and acquired by a noted admirer, namely Adolf Hitler. He hung it first at the Berghof in Obersalzberg, and then, after 1940, in the New Reich Chancellery in Berlin. It is now at the Alte Nationalgalerie in Berlin.

Financial imperatives resulted in a fourth version being produced in 1884, which was ultimately acquired by the entrepreneur and art collector Baron Heinrich Thyssen, who hung it at his Berliner Bank subsidiary. It was burned after a bomb attack during World War II and survives only as a black-and-white photograph.

A fifth version was commissioned in 1886 by the Museum of Fine Arts in Leipzig, where it still hangs today.

In the first version the view is light and airy: the isle is captured by a setting sun that causes the white of the tombs to leap to the foreground. As the series progresses the scenery becomes increasingly sombre until in the final version the rocks have grown taller and darker. Storm clouds are gathering, and the standing figure is hunched in a position suggestive of grief.

In 1888 Böcklin created a painting called Die Lebensinsel (“Isle of Life“). Probably intended as an antipole to the Isle of the Dead, it also depicts a small island, but is replete with scenes of joy and life.

The English cemetery in Florence

The cemetery was built outside the city walls by the Swiss Evangelical Reformed Church in 1827 to bury those belonging to the Protestant Christians. It is in fact an international cemetery for those that belonged to the Russian and Greek Orthodox Churches. Before that, non-Catholics who died in Florence were buried in Livorno.

The structural peculiarity of this cemetery is that it has an oval shape; it was created by the Florentine architect Giuseppe Poggi, the same man who rebuilt the mansion holding the Stibbert Museum. Avenues surround the cemetery, and the cemetery looks just like an island causeway, the island of the dead, in fact.
Here more info about the English cemetery

The Isle of the Dead inspired many other artists, poets, and musicians during the 1900s. It would seem that it represented a sort of obsession for certain historical figures of recent memory, including Sigmund Freud, who owned several copies of the painting, Salvador Dali, and Gabriele D’Annnunzio. Both Hitler and Lenin were fascinated and each bought one of the five copies.
In the music world, Heinrich Schülz-Beuthen, then Rachmaninoff, composed works inspired by the painting in 1890 and 1909, respectively. 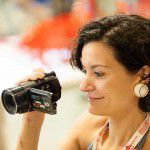 Journalist and blogger convinced that many of the answers to current events are found in the past. She has studied in Latin and Greek and is passionate about archaeology and classical mythology. Although she enjoys gazing into the past, she embraces technological innovation and seizes all its possibilities. The ability to combine what we are with what we were is her idea of wisdom! She wrote a series of articles for Florence Inferno, our blog about the Florentine mysteries, symbols, and places that are mentioned in Dan Brown’s latest novel Inferno, and much more about the city. We also offer a guided Inferno walking tour, which follows the footsteps of Robert and Sienna, as well as an an eBook with an audio version.